September 12, 2016, several organizations headed to the State Capitol Building in Nashville, TN to demand higher wages in their “Fight For $15.00” to increase the minimum wage. Organizer Jayanni Webster and her mother accompanied participants to the rally.

Workers joined from Knoxville, Chattanooga, and Memphis with this initiative. The unity rally was important because many workers cannot form a union in Tennessee without retaliation. Corporations profits daily, but refuse to pay their employees enough wages to support their families and to cover basic needs like food, health care, rent, and transportation.

In Memphis, poverty and crime are so overwhelming that citizens who work for minimum wages have to spend their hard earned money on security bars just to feel safe and sleep at night. Prior the departure for Nashville, ten people, trapped inside a burglar-barred home were killed while sleeping in an early morning house fire. BLMM “Butterfly and Healing Committee’s,” Representative Karen Spencer-McGee, stopped by to offer condolences to the Severson Street community. It was determined that one adult in the fire, Carol Collier, was a lifetime caregiver. She moved in with the family to be near her mother who lives two houses down the street. Collier called 911, tried to get out, but was unable to escape.

The fact remains that many persons who are employed cannot afford to provide necessities but have to spend their money on crime prevention techniques. It is the city’s responsibility to protect its citizens. Seven children perished in this house that allegedly started by a faulty air conditioner wire. Neighbors and community members disagreed and alleged that the “smart-meter” on the house contributed to the overheating of the air conditioner. In December 2015, the Memphis City Council approved a $240 million dollar contract to purchase “smart-meters.” MLGW removed this property both the “smart meter” and gas meter within minutes after the fire had been extinguished.

A candlelight vigil was held later that night in support the family. This tragedy is an eye opener to crime, poverty, and how valuable black lives are in our community can be lost.

A living wage is a moral issue that Tennessee Legislature neglected in previous sessions. Ironically, Governor Haslam called a special session to address other legislative issues, but the timing could not have been more perfectly planned. Fast food employee Dunetra Merrit, gave a heartfelt story about how the state took away the right for cities to raise the minimum wage. She elaborated on how difficult life can be as an underpaid worker and that this is ‘State Violence’ which denies others the right to health care. She came to the rally because of her grandchildren and believed they deserve better. BLMM activists observed a few elected officials in their fancy suits staring at their devices, in shock at the turnout. Perhaps they do not understand how their reckless decisions to pass improper legislation impacts Tennessee citizens.

Overcome by grief, the BLMM chapter found strength to stand in solidarity with clergy, and various organizations to make sure if the legislators did not hear the outcry for economic justice, that tourists and citizens in Nashville, TN heard our demands. We observed police positioned at the top of buildings attentively watched as several members spoke.

Nashville Democratic State Representative John Clemons offered a brief speech in which he saluted hard-working people and encouraged us by promising to keep the pressure on the Republican majority to pass better legislation. His passion appeared genuine, but a reminder of past transgressions lingered a few feet from the ladies room, inside of the State Capitol where legislators meet. It is a monument of Nathan Bedford Forrest, a small statue which is a grim reminder that economic injustice cannot be rectified until the dialogue is changed. Even in Nashville, subtle reminders of how far we have come also remind us of how far we have to go and will never dissipate until we demand “change” across our state. 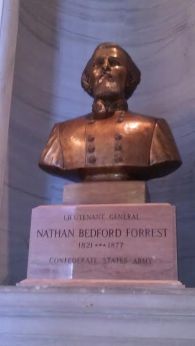 As the demonstrators wrapped up the peaceful rally on the steps of the Capitol, we headed to the streets passionately chanting, “What do we Want? Fifteen!” When do we want it? Now!” The police remained non-confrontational as the “Fight for 15” marchers proceeded past Nashville City Center where the Administration Office of the Courts is located. People could be observed peeking out the windows, in disbelief of all the participants marching down the street chanting “Fifteen.” A few employees at the prestigious Hermitage Hotel threw up the ‘black power’ fist as we walked down Union Street in unison toward Broad Avenue.

Once at the end street, protesters circled and peacefully blocked the road. Clergy members kneeled in the road, and Memphis Pastor Earl Fisher led us in prayer. In the center of the prayer circle were also BLMM representative Pastor Steven Bradley, Pastor/Professor Andre Johnson, Pastor Glenna Shepherd, Fight For 15-Antonio Blair as they prayed for our state. The rally was concluded by chants, “We Will Be Back!” The rally unified like-minded activists from across the State of Tennessee. We left with the conviction, no matter what we face, poverty, crime, defeat or death, we agree “We Believe that We Will Win!” #blacklivesmattermemphis #BLMM # Fightfor15 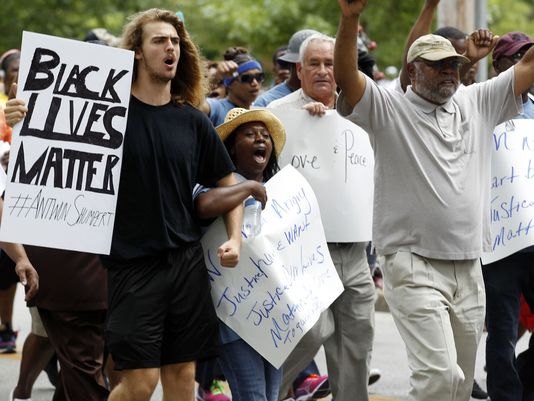 Tupelo Mississippi, known for its small town coziness located between Jackson Mississippi and Memphis, TN.  It is also known as the birthplace of Elvis Presley where he lived until he was and adolescent and his family moved to Memphis.   Emotions in Tupelo have reached a boiling point with racism and police brutality.  On June 18, 2016, Antwun “Ronnie” Shumpert was murdered by Tupelo Officer Tyler Cook.  The contact with the police began as a routine traffic stop.  In fear of his life, Shumpert ran from the police.  and that officer lost sight of Shumpert because he hid under a crawl space of a house.  Who let the dog out?  Cook, an officer who came to assist unleashed a vicious K-9 dog to find Shumpert and the dog then attack him and mauled his genitals. Shumpert was shot several times and transported to North Mississippi Medical Center where he died the next day. 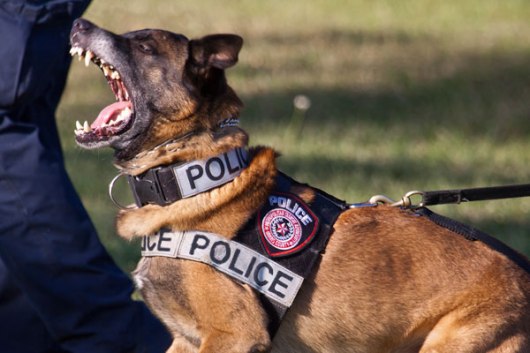 The murder sparked outrage with the family and local residents.  Regional and national media have not given the proper exposure to the heinousness of the crime. The local government has used their power to cover up the way he was hunted down like an animal and killed. 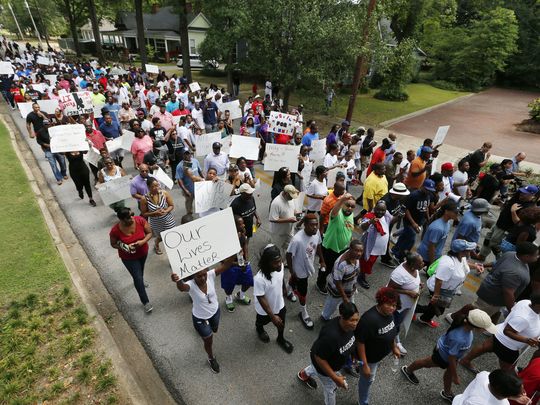 The Mississippi Bureau of Investigations conducted an alleged “fact-finding” investigation and compiled the information.  August 1, 2016, District Attorney John Weddle presented the information to the grand jury .  After the presentation of the case and deliberation, the grand jury found Officer Tyler Cook acted lawfully on June 18, 2016, and has cleared Officer Cook of any wrongdoing.” After the press conference wrapped up, Tupelo Mayor Jason Shelton released a statement.  In it, he hoped all citizens would respect the Grand Jury’s decision.

September 3, 2016, in response to the District Attorney’s cover-up, organizer Ellis Westbrook, family members, local activists of the Concerned Citizens, and others from New York, Alabama, Texas, and Tennesse took over Tupelo’s City Hall for a peaceful demonstration and rally.  The New Black Panther Party and Black Lives Matter Memphis stood in solidarity with the Shumpert family.  Several Minister including BLMM spokesperson Pastor Steven Bradley offered words of condolences and urged the crowd not to stand for the injustices in Tupelo.  The Ku Klux Klan showed up early to attempt to intimidate the protestors by standing across the street, waving confederate flags, and Trump banners.  The police buffered  the KKK as the marched past the menacing crowd.   The scene looked like something written out of a John Grisham book. Some of the KKK members were open carrying, but the presence of the New Black Panther Party was so overpowering, the Klan eventually left.

Several speakers and clergy members galvanized the crowd.  Bishop Clarence Parks of the Temple of Compassion came out for his birthday to let the city know that their Mayor had texted him alluding he was “dividing” the city.  He responded by telling the Mayor “You divided the city when you said the shooting was justified.”  The facts are Shumpert was running away from the police, crawled under a house, and was unarmed and just like many other black men in America he was hunted down like a run-a-way slave and killed from a simple traffic stop. Who let the dog out?

Ronnie’s mother offered a heartfelt message to the murder about what he took from her when he killed her son. She said, “You took him from me but he is in a resting place now with Jesus, and it may hurt, but I know where he is.”  His mother said she wasn’t going to talk about the man who killed him but she wanted the crowd to know that the first place her son went in his life when he was two weeks old was to church.  Her ability to forgive in the midst of the grieving process illustrated another strong black mother who son’s homicide was the result of a human being acting under the color of the law, duly authorized and empowered as a peace officer to protect and serve citizens.

She was greeted with chants and cheers.   There is hope that the justice will soon show up in Tupelo.  Until then activists promise to come back and continue to invade Tupelo until justice prevails.  Hopefully, the message scribbled on a sign “Our Lives Matter” will rivet and reverberate from streets of Tupelo and ring across this nation and at some point, people will understand what happened to Shumpert did not have to happen. Who let the dog out? A better question is “Who is going to put the dog up?”  Black Lives Matter Memphis.